So I read a few articles for an elective class that I’m taking and I had to write a reflection about what I read… This is the bulk of it, I had a few other thoughts, but they were kind of random, but most of this stuff fit together.  I don’t think you need to read the pieces to appreciate the points that I make on them, hence my sharing.  I hope you enjoy reading it as much I enjoyed writing it!
.
.             One of the most striking thing that I found about most of Grim’s writings is her frequent use of the word “disaster”, “chaos” or some other word or phrase that conveyed pandemonium and disarray.  Its use highlighted a great sense of disillusionment that she must have experienced when she realized what the realities of giving medical treatment in a 3rd world or war torn country meant:  a feeling that many untouched by such things in life must experience the moment they step outside of themselves or stop viewing things as a tourist or transient presence, destined to return to the sterile aesthetic of the Western/1st world.  At one point in “How to Vaccinate Children in a War Zone”, she does explicitly question whether or not she’s making a difference..

.             At this point in my life, I’m not quite sure that I understand what making a difference is supposed to mean or look like.  I want to share an experience of mine to illustrate:.

.            This past February, I was selected as an Ambassador to a CARE-Nepal project sponsored by the company that I left to begin medical school.  Everyone expected me to have some life altering experience by being sent to Nepal for ten days to kick start the mission (our project funded programs promoting maternal and neonate infant health in rural and urban Nepal where death rates due to child birth were the highest).  But it didn’t change my life.  I appreciated the trip, I loved that I was selected out of hundreds of applicants to receive the privilege of being sent to Nepal, but I’ve been in the 3rd world many times before: it looks the same.  My family is from the poorest country in the Western Hemisphere.  The poor there are poorer than the most poverty stricken Americans.  They all die from lack of access to the same basic needs that we take for granted here.  I took it in silently, wondering what possible difference I could make with this one trip as an entry level employee at my company whose job description did not 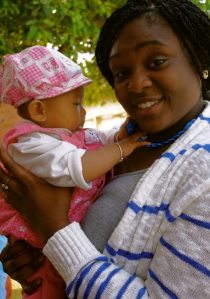 prepare me for anything I was doing out there, meeting with local government officials of a country whose infrastructure I knew little about and whose culture was novice to me and I couldn’t readily identify with.  I had applied on a whim and hadn’t expected to be selected and a month later, I was there.  I took it all in pensively, learning and drawing parallels to examples that were a bit closer to heart and home, trying not to drown in the futility of my being there.  What could I possibly do?  I was the youngest, least experienced and one of the only non medically trained Ambassadors… Well, the CFO wasn’t medically trained either.  But she had the company’s checkbook on hand, a powerful tool that she could and that she had waved about at her discretion..

.             I learned so much about CARE, their operations and their attempt at sustainable models of community education that I hope to apply to my career as a physician, but my life was not changed.  That’s just the honest truth.  Which seemed to annoy our CFO, the big boss on the trip.  And her annoyance bothered me.  I couldn’t say it out loud, but I was more annoyed by the Corporate Vice President/CFO’s Savior complex than anything else, as if she was doing the people of Nepal a favor by being there, waving about that figurative checkbook.  But she couldn’t humble herself enough to put herself in their shoes for a moment and squat over the traditional Nepali toilet (a simple hole in the ground… it’s an experience).  No, we had to go on a several hour journey to find traditional Western styled toilets for her to use in a tourist hotel.  And she had the nerve to chastise me publicly for my pensive silence and not following in her extrovert model of leadership, as if that was the only way to set an example and make that elusive difference..

.             I happened to have crashed last week’s mandatory event for the Global Health Track.  I couldn’t bring myself to spend an hour studying.  It takes an hour just to get ready to study sometimes; I’m incredibly inefficient.  Anyway, I have a terrible memory and wrote nothing down, so I can’t honestly tell you anything about the lecture beyond the day I attended it.  But at some point, before the speaker started talking about some of the work his NGO was doing in East Africa, he shared this Camus quote:  “The evil that is in the world almost always comes of ignorance, and good intentions may do as much harm as malevolence if they lack understanding.”  There was a lot of self-congratulating going on in my trip to Nepal by someone who I don’t think understood the amount of effort it had taken and it would take to make real change in the maternal and infant death rates due to childbirth in Nepal.  Sometimes, looking at the facts and figures presented, the obstacles to the task at hand seemed insurmountable.  You can’t just change things immediately when some of the biggest issues were deeply ingrained in superstition and culture (like the erroneous belief that eating leafy greens would make Mum and baby sick, so women were often discouraged from eating them).  Note the difference of approach:  trying to understand what is feasible (what I was attempting to do) vs. giving yourself credit for doing “good” that may not be that good in the long run, assuming that you even retrospectively analyze the implication of your actions (the CFO’s plan of attack).  But to the CFO, she was making a world of difference and couldn’t have been prouder of herself and our company and I was left writhing in my own insecurities of potential uselessness.  Sometimes, I wish I was wasn’t beyond that level of delusion, if for nothing else then for the undeserved boost of self-esteem..

.            Action and self-education can occur simultaneously: they don’t have to be mutually exclusive events, but I find too often they are.  If I saw more people were taking a moment to educate themselves and understand the way things operate in a world that is not their own, I think I would be more in support of Global Health Initiatives/service trips and less ambivalent and critical.  “Dying of a Treatable Disease” brought up the point that while drugs for the treatment of HIV being introduced into Africa is essential, it’s not enough.  Without a fundamental understanding of what else is needed, one may think that simply providing them with drugs as sufficient.  But, as Keirns points out, there is a “serious shortage of staff to administer them, leading to overwork, guilt and burnout among dedicated medical staff members.”  So a simple intervention of providing necessary drugs may lead to losing essential medical staff and an already understaffed, under-resourced 3rd world country, which would further impact how many people get vital medical care (and it would ultimately lead to waste, because if you lose the medical staff needed to administer the drugs, then the drugs will inevitably go to waste).  An example of the evil that ignorance may breed Camus highlighted in his quote:  It’s a simple, well intentioned act, but the consequences are potentially more devastating than the current reality..

.           Which is the lesser of two evils: introducing temporary interventions that may leave the natives and recipients of Global Aid worse off when funding and supplies run out or doing nothing at all?  A small Band-Aid on a gaping wound or the uncertainty of letting the wound heal (or fester) on its own? (I really like the way I wrote that, so I’m gonna use this phrase over again, haha…  Stealing from myself is not wrong.)

I don’t know if I’m in a position to say.

Is it worth lying to yourself to be happy? That’s the easy and lazy way to the ultimate goal of everyone ever… So it may take a bit of work, blood, sweat, disappointment and tears to get to that happiness that we all crave. But won’t it be that much more satisfying when we get there?